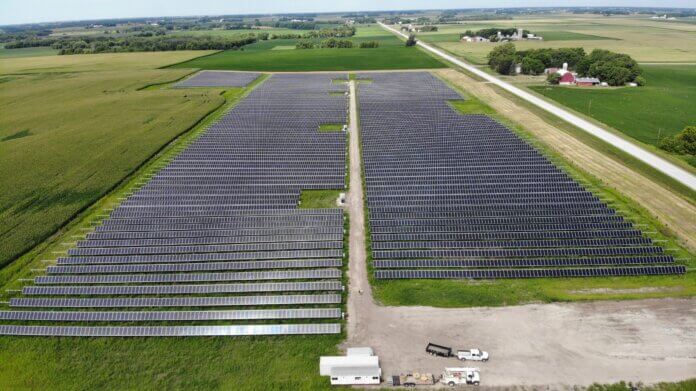 The New York State Energy Research and Development Authority has chosen ReneSola Power’s 22 MW Roosevelt Solar mission in Massena, N.Y., to be considered one of 22 initiatives as a part of the state’s largest land-based renewable energy initiatives.

ReneSola Power was awarded a 20-year index REC contract as a part of the state’s renewable program in an effort to succeed in New York’s objectives to exceed 70% renewables by 2030 and nil emissions by 2040 as required by Climate Leadership and Community Protection Act.

In addition, the Illinois Commerce Commission has awarded a 20-year index REC contract to ReneSola Power’s 20 MW utility-scale solar mission in Wilmington, Ill., as a part of the state dedication to double funding in renewable energy in the direction of its objective of 40% renewable energy by 2030 and 50% by 2040.

“We are very excited and honored that our two utility-scale solar projects in New York and Illinois were awarded REC contracts,” says Yumin Liu, ReneSola Power’s CEO. “The solar industry continues to benefit from the accelerating green energy transition to fight climate change. Our projects are in line with our environmental, social and governance practices, that is, not only will it contribute to state-level renewable energy targets, but it will also make an impact to the local communities by creating jobs.”